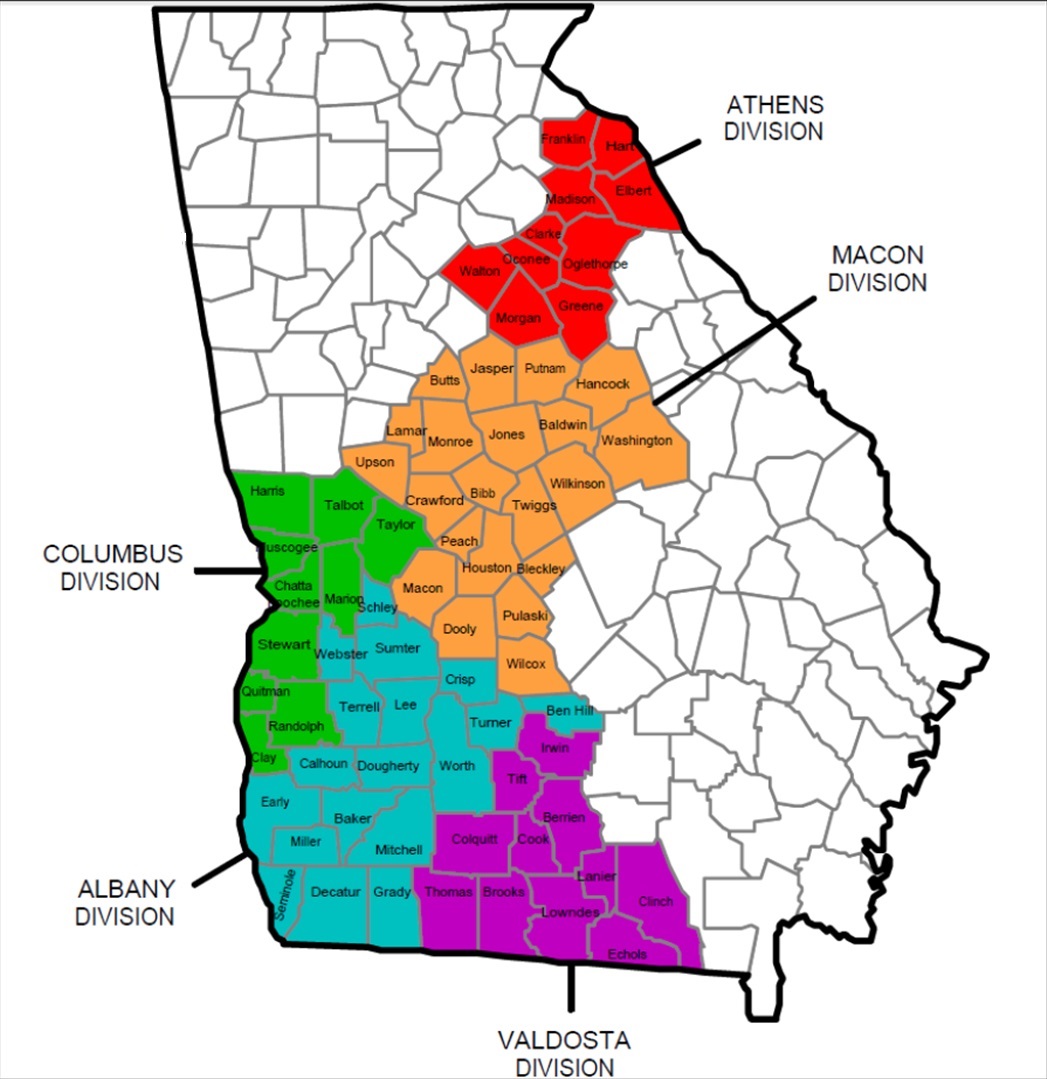 The United States District Court for the District of Georgia was one of the original 13 courts established by the Judiciary Act of 1789. The District was subdivided into Northern and Southern Districts on August 11, 1848.

The Middle District was formed from portions of those two Districts on May 28, 1926. Today, there are five divisions encompassing seventy counties with offices in Athens, Albany, Columbus, Macon, and Valdosta.

Judges of the Middle District of Georgia