The C.B.King United States Courthouse is located at the corner of West Broad Avenue and Washington Street in the original downtown section of Albany. It was named in 2000 for Chevene Bowers King, a pioneering African American attorney, civil rights leader, and politician in Georgia.

The building was completed in June of 2002 and houses the District Court, Bankruptcy Court, and offices for the U.S. Marshals Service, U.S. Probation and U.S. Attorney. 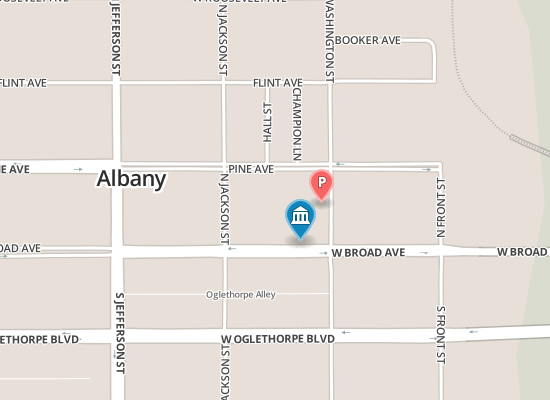